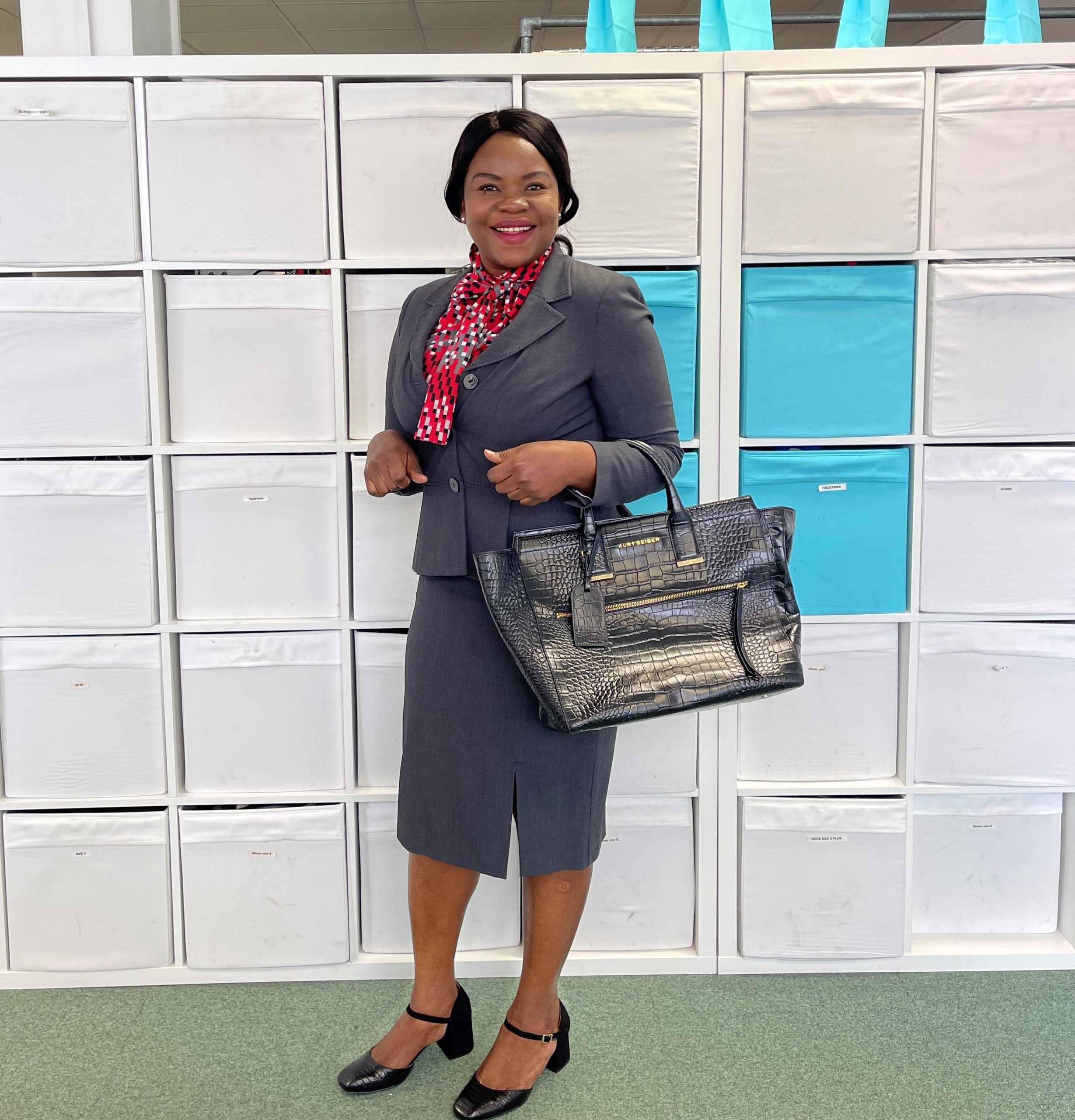 Meet Mireille, a client of Smart Works Birmingham in Summer 2021 who was referred to our service for her forthcoming interview to be a Senior PA in the NHS.

Mireille came to the UK from Cameroon in 2012. An educated young woman with a master’s degree, she wanted a better life and to be able to make the most of her potential and education, she left her home and family with hopes for her future in the UK.

The last 4 years in the UK had been difficult for Mireille, she had lost her job, lost her financial independence, been made homeless, abandoned by her partner whilst pregnant with their child and was struggling with depression. She was an unemployed single parent, at an all-time low and had lost confidence that she could ever rebuild her life.

She decided to pursue further education and employability training over here, started volunteering in the NHS and was eventually offered an interview for a senior PA role in the summer of 2021. Her job coach referred her to Smart Works to help her with an outfit and interview preparation.

Mireille beamed when she recalled her experience with Smart Works. She said she “felt loved” as soon as she entered the building, supported by women who “lit up the light in me again” with their positivity. She said of the stylists that they were professional and kind, encouraging her to be a bit bolder with her outfit. She ended up with a suit, an eye-catching shirt, a jacket, and a bag, all of which made her feel amazing. “I just knew I was going to smash the interview when I looked at myself in the mirror,” she said.

Her interview coaching was done remotely, via a separate zoom session. Mireille had already received some coaching from another organisation, however she said, “it felt different at Smart Works.” The coach at Smart Works gave her feedback on how she was coming across, including the pace and clarity of her voice as well as feedback on the quality of her answers when they practised some typical questions. She realised and believed in her capability again and said, “it felt a privilege” to have that one-to-one attention and help with her interview.

Mireille was successful at her interview and was offered the role, commencing early September 2021. This opportunity will be life changing for Mireille and she firmly believes that Smart Works helped her get the job. “It’s like magic at Smart Works,” she said. “Something happens when you step through that door and it’s beautiful.”

We were delighted to hear from Mireille in October 2021 to say that she has won the Volunteer of the Year at the Volunteer Awards for her work with Birmingham and Women’s Children’s Hospitals. We wish her all the best in her role!

Thank you to Elaine, one of our interview coaches, who spoke to Mireille about her experiences with us.

We Are Hiring a Centre Manager