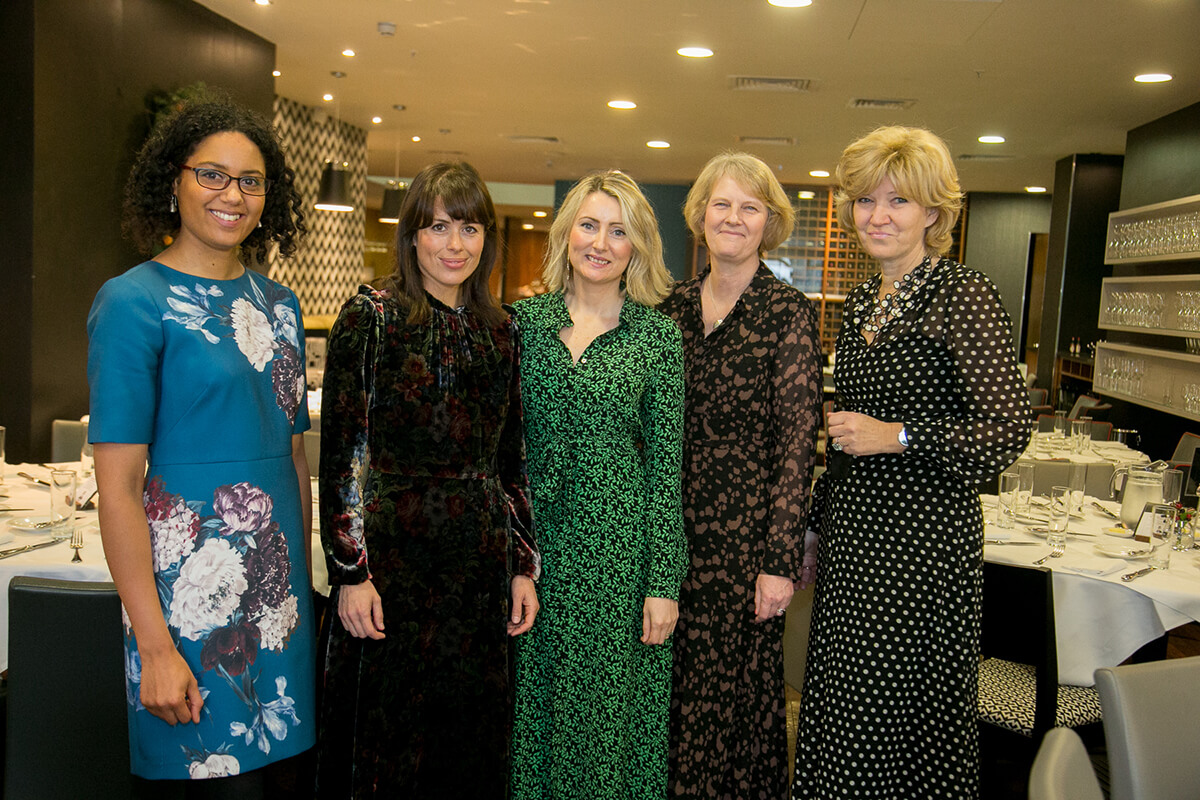 Just over £5000 has been raised for Smart Works Birmingham, a charity that provides high-quality work clothes and interview training to help women in need back into work.

A fundraising lunch saw 130 people from across the West Midlands business community come together to hear guest speaker Isabel Spearman OBE, the brand and image consultant and former special adviser to Samantha Cameron, who is also an ambassador for the charity.

Isabel, who is also on the board of Jigsaw, was in conversation with the charity’s Birmingham Chairwoman and Trustee, Philippa Pickavance at the lunch, which was held at Opus Restaurant.

Philippa said: “We’ve been overwhelmed by the support we’ve had this year and arranged this second lunch by popular demand. We’re grateful to Harris Lamb and the Wilkes Partnership for their generous sponsorship, which enabled us to keep our costs down and maximise the amounts raised.

“Like all charities, we rely hugely on volunteers, and we are fortunate to attract exceptionally talented women who want to help other women back into work. We’ll be organising more fundraising events in 2020 to complement out grant application elements of funding.”

The money raised will be used to run the small centre in Digbeth, which pays just two members of staff. It relies on more than 40 trained volunteers to deliver the service, while retail partners and individuals donate all clothing and accessories.

Since Smart Works, whose patron is the Duchess of Sussex, was founded in London six years ago, it has helped more than 16,000 women across the UK.

Smart Works Birmingham was established in 2016 and is now based at the BVSC Building, Digbeth, close to Selfridges. Since its launch, it has helped more than 1000 local unemployed women in need, by providing one-to-one interview preparation skills and confidence building, as well as free outfits for interviews, plus additional free clothing if they are offered and accept a job.

Smart Works’ clients must come via referral partners, such as JobCentre Plus, other charities and homeless shelters. Many women who are referred have completed many unsuccessful job applications before they get to Smart Works.